Whether you’re looking to install, repair or replace gas lines in Victoria, Drain Pro’s experienced gas technicians are there for you. Natural gas lines are a reliable, cost-efficient, and environmentally friendly energy source, make sure you get the most out of yours! 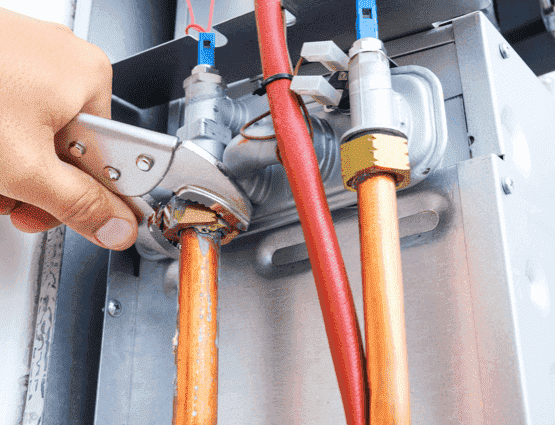 Do you have existing natural gas lines that need repair or replacement? Drain Pro has qualified gas techs who can expertly diagnose the situation and provide the solutions your gas lines need. Trust the Victoria gas line experts.

Countless Reasons You Can Trust Us

At Drain Pro we stand behind the work we perform, committed to your 100% complete satisfaction

We know that plumbing needs can be urgent; that’s why we offer around-the-clock service, 7 days a week

Nobody wants an unpleasant surprise, be it plumbing or pricing. That’s why we’re transparent in our quotes

We treat customers the same way we’d treat friends or family, with respect and dedication to serve & to help

Considering a new gas line for your home or business? Natural gas is more energy efficient and more reliable than other energy sources, making it an excellent choice. Our licensed and insured gas technicians will assess your infrastructure and determine how best to install your gas line. 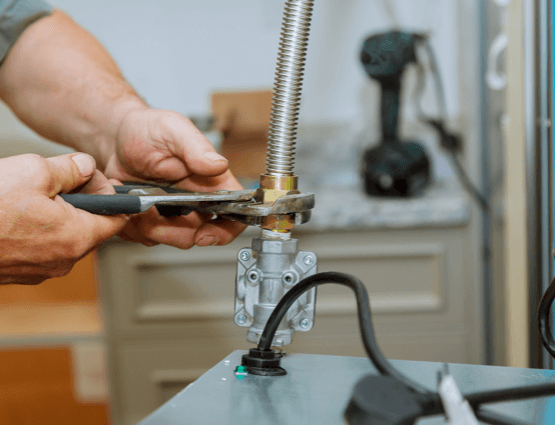 “I made an appointment to have our condos drains checked with a camera. Jason the plumber arrived early and started right away. He had all the drains inspected quickly. Gave a detailed description of any sediment and suggested what should be done but that we were good for a while yet, no pressure to hurry. Will definitely have them back when the time comes.”

“We had a respectful, hardworking man come and work on a very troubling plugged drain. He worked hard to make sure I could use my sink and I really appreciated his diligence and work. Have used them in the past and will most definitely use them again. Thanks!”

“Drain Pro did a great job of fixing my clogged toilet, explained everything he was doing and told me how I could prevent it from happening again. I was impressed that he offered to look at any other plumbing issues that I might have as I was paying for a one hour call. He did a great job and was very pleasant.”

How Safe is natural gas?

How often do my gas lines need to be replaced?

There are many different types of pipes that work together in your natural gas system. Their lifespans vary depending on the material they are made of:

Damage to these pipes can still happen at any time across their lifespan due to faulty components, corrosion, improperly moving gas appliances, tree roots near underground lines and more. It is important to have your pipes inspected every so often to ensure they are in working order.

How can I tell if I need my gas line repaired?

Aside from the obvious rotten egg smell, or alarm from your home’s carbon monoxide detector, there are a number of things you can look for and notice that will tell you if your gas line needs to be fixed:

All of these are easy ways to tell if there is (or soon will be) a gas leak somewhere in your gas line that urgently needs to be fixed.

Can I use flexible gas pipe like PEX in my gas line?

Yes, but only under certain conditions. Certain grades of polyethylene pipes like PEX are capable of being used for gas lines. However, due to the fact that it is plastic that expands easily near heat, they are not recommended to be connected directly to any heat producing appliances like a gas furnace, water heater, stove or BBQ. Doing so is an easy way to spring a gas leak.

PEX pipes are great to use in gas lines when you are transporting natural gas from one point in your home to another because it is flexible and doesn’t require as many directional connections. The pipes should connect to metal pipes near appliances in such a way as it isn’t exposed to extreme heat.

PEX pipes also work well as buried pipes used to connect detached buildings such as sheds and garages that are on your property.

Do I need a permit to have work done on my gas line?

Gas line work is fully regulated under the BC Safety Standards Act. These regulations state that unless you have an emergency such as a gas leak, you need to have a permit before having any work done on your gas line. This work could be:

Our team of experts will help you with permits every step of the way so there is no need to stress.

We are proud to serve you in safe manner.  Our technicians and installers have been trained and are equipped with the necessary personal protective equipment to perform their work safely.

We ask for clients to keep their distance while we perform the work and we are screening all clients from the office and the technicians are also checking before entering the home.

The safety of our team and our clients are really our top priority.